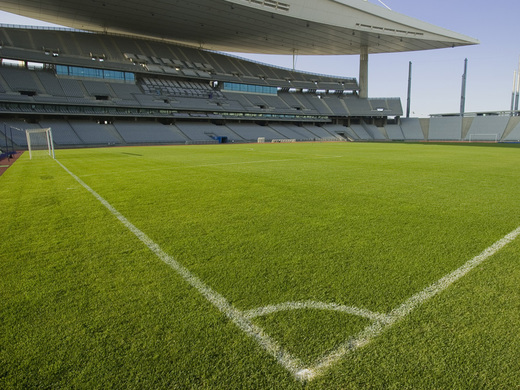 If the ninety minutes was less than a classic the fans in the Hamilton FC stadium never seemed to notice, with a cacophony of sound greeting every pass or tackle.

It would be St Pats who opened in crisp fashion and in the 5th minute Ciaran McElroy cut open the Miners defence before leaving Luke Gray with the goal at his mercy however his attempt for close range sailed high over the bar.

Play continued in a more frantic than subtle nature but with eight minutes remining of the half more drama and disappointment for the Dumbarton men on the night.  St Pats full back Ryan McColl got forward with intent as he wiggled and weaved his way into the 18-yard box only for his progress halted by Scott McNamara. No hesitation the referee Stevie Nicholls pointed to the spot; however, the usually reliable Liam Rowan was denied when Stuart Leavy produced a wonder save.

This spurred Glenburn into some positive action in with the excellent Callum McIntyre remining along with Michael O’Connor their pest in chiefs but as the clock ran down, they lost their momentum against the Saints resolute defence.

At the start of the second half the Miners hopes were raised when a loose ball bounced around in the St Pats goal mouth area, but the danger was snuffed out when Luke Gray cleared up field.

A couple of routine saves by the keepers also raised the noise limit but another twist in the tail came twenty minutes from time when a second yellow card inside a couple of minutes turned to RED for St Pats Scott Anderson.  Advantage Glenburn, as the surged forward in search of a goal but in a strange way the reduction in St Pats ranks failed to matter.

More composed, they limited their opponents charge and in turn came closest when in the final minutes the Glenburn keeper did well to save a sneaky pop from Liam Rowan low at the left-hand post.

So, onto the most memorable part of the evening with the destination of the cup decided by penalty kicks. With St Pats up to the spot first the Ayrshire team had the cup in their grasp on two vital occasions but were denied by two excellent saves from Gallacher in the Saints goal. Then with the tenth go at settling the winners of the cup, it was the keepers turn with Gallacher again the centre of attention he slotted the ball home with a fair measure of confidence. This left the Stewart Leavy to keep his clubs hopes alive, but unfortunate his shot went wide of the target, leaving the Dumbarton men to start their celebrations