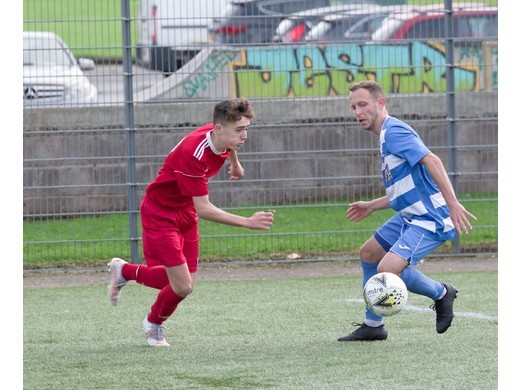 Goals from Cammy Hill, Craig MacEwan and James Ford earned the injury ravaged Saints the points and the bragging rights in the first league meeting of the former Scottish Amateur Football League rivals since the 2010 - 11 season.

The every deepening Saints injury crisis saw Gaffer Willie Gemmell joined on the substitutes bench by Preston Macintyre and Aidan MacDonald from Saints 2006's and the short of match fitness James Ford whose second half strike eventually rounded off a comfortable victory for the visitors.

Many thanks to David for the report and picture